Today we had a very interesting phone call from a local birder asking us if we had lost one of our birds? Upon arriving on the location of the bird last seen and meeting with the kind man, we confirmed that it was indeed a Harris Hawk and it was a falconer’s lost bird hunting independently; however, it was not one of ours. The bird did not hesitate coming down to the garnished lure and was recovered shortly after. Thanks to FalconFinders.com ( a website designed by a lady falconer, Bridget Maguire-Colton, specifically for lost or found falconry raptors) an email was sent to the falconry community a few days prior that described a 24 year old male Harris Hawk Lost at Carlsbad CA with the owners phone number. The bird was independently hunting for 6 days before he was recovered and as it turned out he is the oldest hunting Harris Hawk in CA. The bird was returned to his very happy owner and a follow up phone call confirmed that he is doing well indeed. 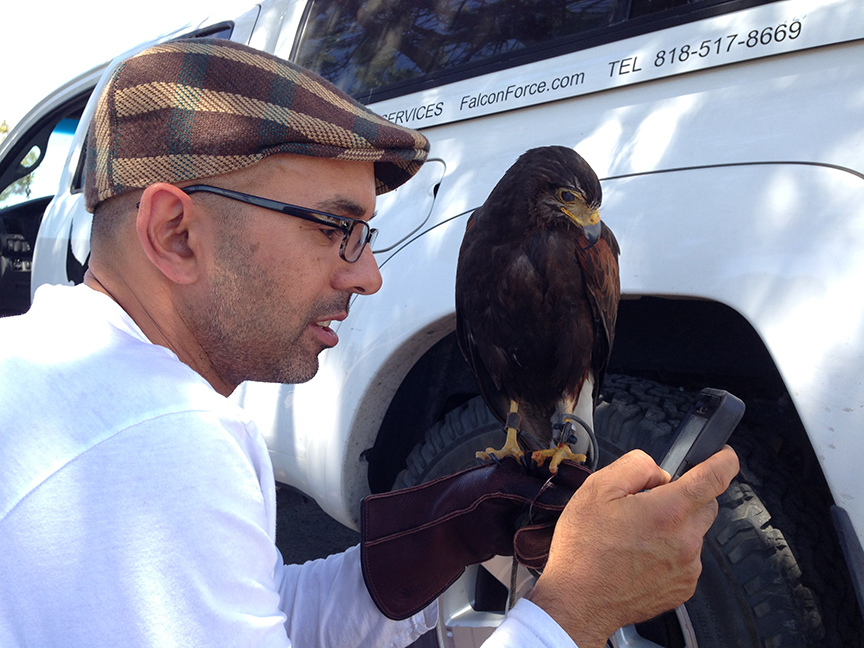