Mike Rowe, best known for his work on the Discovery Channel series Dirty Jobs, shot an episode of his current television show, called Somebody’s Gotta Do It, with Falcon Force last summer. The shoot took place while we were in the thick of protecting wine grapes with our avian warriors. The day was packed with lots of action, funny interviews, peregrine lure flying lessons for Mike, and of course recording our birds in action, through back mounted cameras, as they chased the pesky birds out of the vineyards. All this while I spent the entire day with Mike in my office (aka my truck). A very bright and interesting man, with a fantastic sense of humor! The footage will soon be released (air-date will be announced soon) as season 4 of Somebody’s Gotta Do It on CNN. Stay tuned! 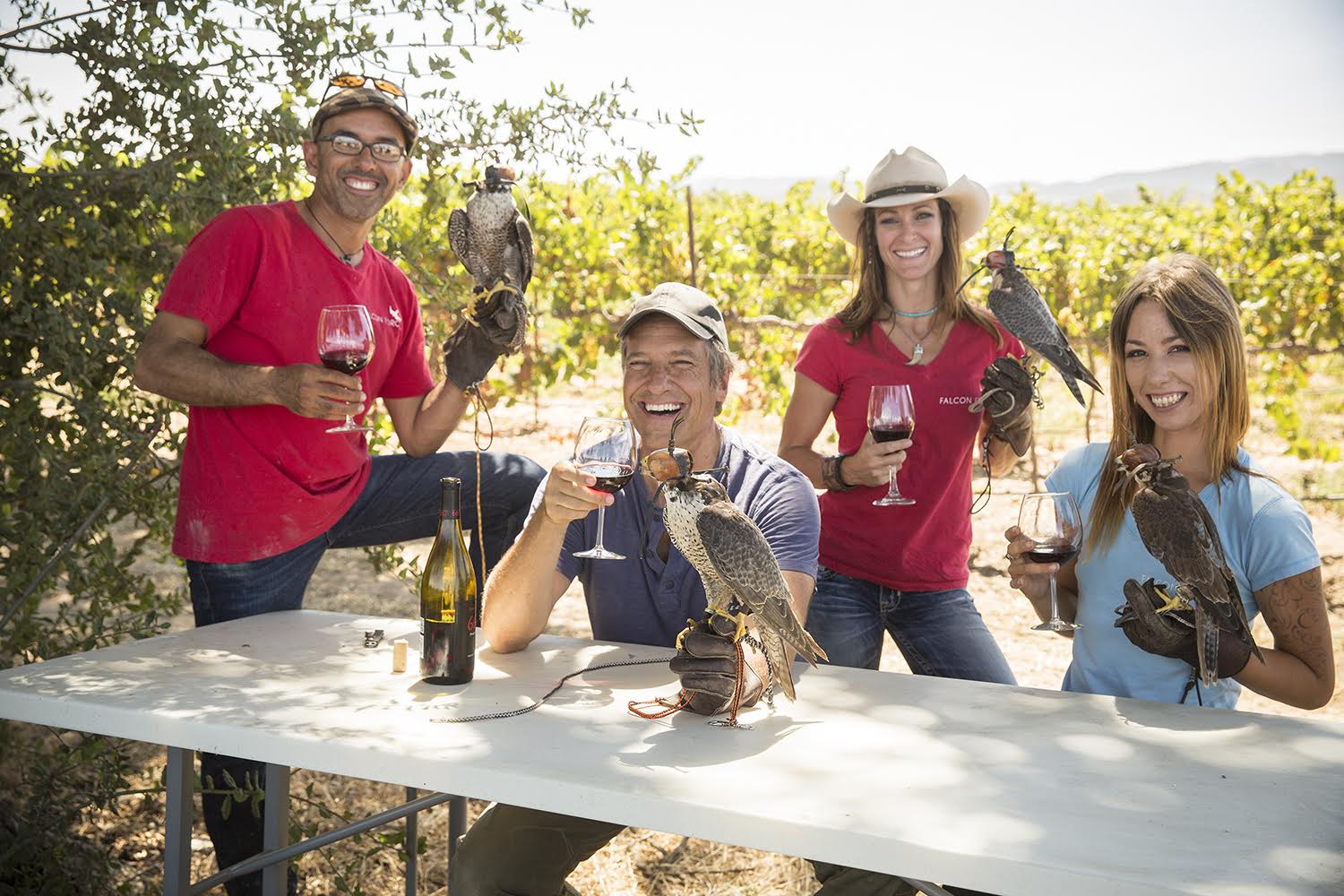 Vahé Alaverdian, the founder of Falcon Force, was recently profiled on the New York Times website, where he talked about his passion of falconry, and love of the American Southern culture.

Back by popular demand, on August 29th 2014, Falcon Force presented at Casa Dumetz winery, co-owned by Sonja Magdevski and Emilio Estevez.  This was our second appearance at this venue, and ended up being another very successful presentation.  Lots of great abatement stories were shared, accompanied with great food and a fantastic selection of wines. This dynamic duo operates a very classy tasting room in Los Alamos CA. 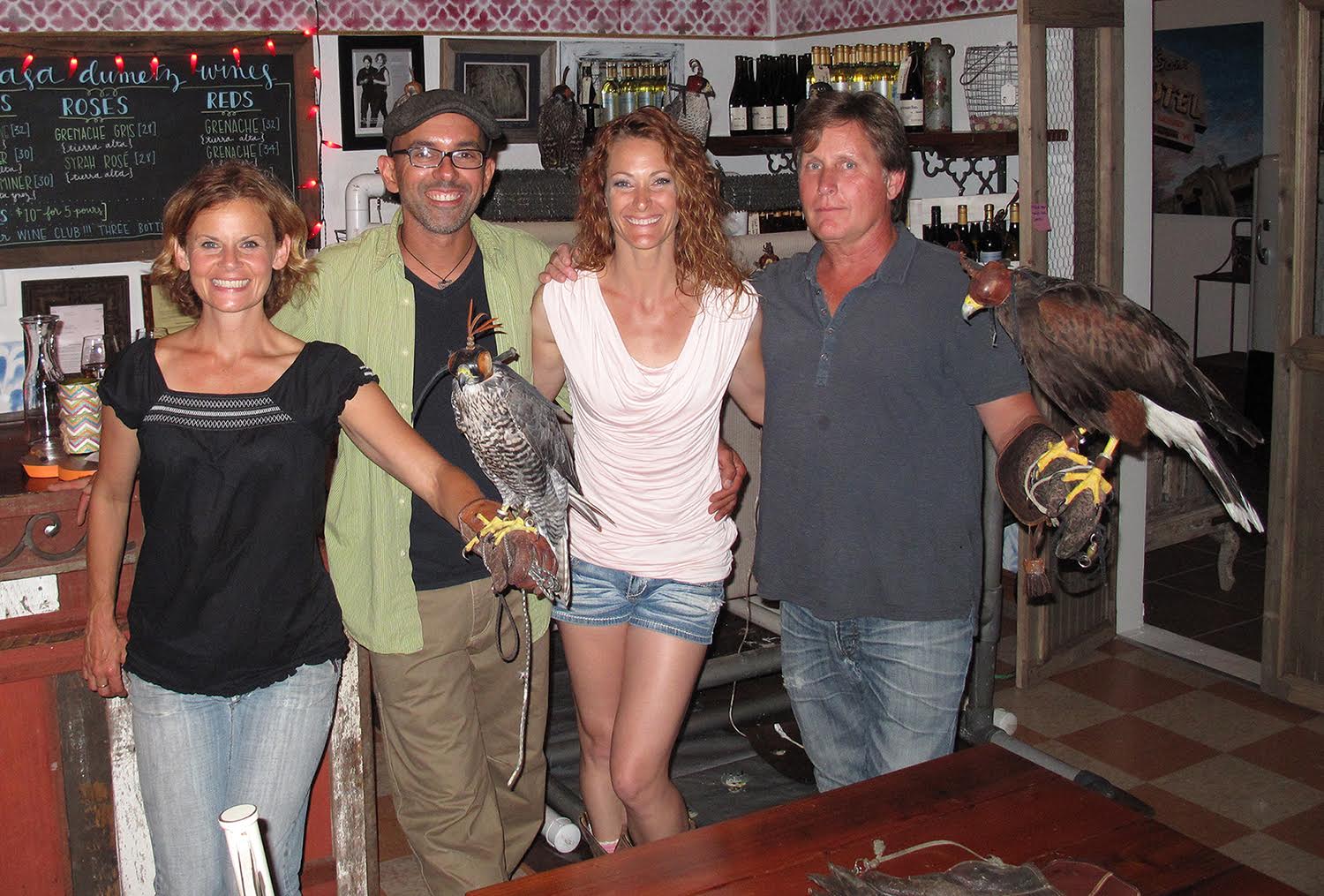 “Lucipher”  our most recent Gyr/Peregrine falcon becomes a celebrity from the very start, watch journalist Ted Stroback with Lucifer riding his glove like a champ!

On Monday, July 13th 2014, Falcon Force LLC was featured on the cover of Seattle Times, a very positive and educational article written by Craig Welch.